On CGI, access phpinfo() PHP script using a browser and verify PHP 5.6 is being shown.
Posted by Unknown at 11:21 AM No comments:

According to an advice from a cPanel engineer, the best way to move MySQL data folder to a different folder (e.g. on a different partition with more available disk space) on a cPanel / CentOS environment is to create symbolic link rather than modifying the my.cnf file.

2. Stop MySQL service and verify that it's stopped.

4. Start back MySQL service, and verify that it's started.


To resolve the problem is very simple, use below command:


Ceph status after the adjustment:


The warning messages related to the crush map are gone. Yay!

PS. Ignore the "too many PGs per OSD" warning, due to I have limited number of OSDs and too many pools and PGs on my test environment.

What do system administrators do all day?


Today (25 July 2014) is System Administrator Appreciation Day, which is an event to show appreciation for the work of system administrators (or sysadmins) and other IT workers. It is celebrated on the last Friday of July every year, since the year 2000. 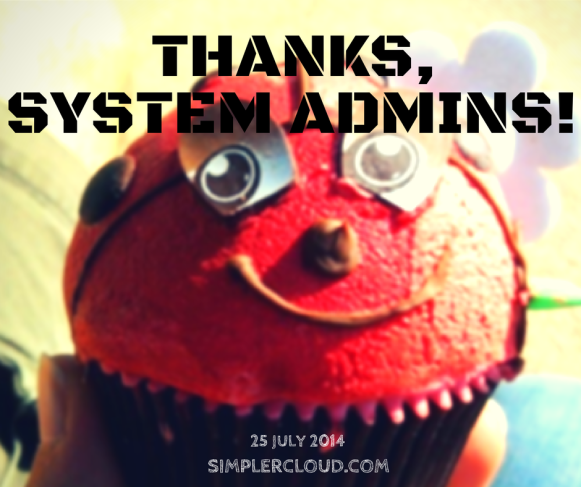 What do system administrators do, and why do we need to appreciate their work? According to Wikipedia‘s definition, a system administrator is a person who is responsible for the upkeep, configuration, and reliable operation of computer systems; especially multi-user computers, such as servers.

Most system administrators are always on-call, since they have system and network infrastructure which needs to run 24×7. That said, a system administrator can get paged or called at 3am in the morning when a mail server goes down, or when the Internet connection suddenly stops working. But the most important thing is that they are the one who ensure that all servers are functioning, the network is running and healthy, all the time.

That’s why good system administrators are often overworked and very much in demand, and, nowadays, crucial to the success of Internet app, web application and cloud-based companies.


That’s why, way back in the year 2000, a system administrator named Ted Kekatos suggested a yearly day event when everyone can appreciate the work of system administrators by – for example – giving them cake and ice cream and throwing a small party or celebration. This has become an annual event, celebrated every year on the last Friday of July. Today marks the 14th year we are celebrating System Administrator Appreciation Day.

In the past couple of weeks, we have added some new operating systems and applications into the OS templates line-up: CloudLinux, SUSE Linux Enterprise Server and Dokku PaaS template for Ubuntu.

CloudLinux is a CentOS/RHEL-based operating system which is built and suitable for shared hosting environment. It provides isolation between users to avoid the “bad neighbour effect” where one user might be consuming a lot of the server’s resources such as CPU, memory or I/O, affecting the performance of other sites hosted on the same server. This, in turn, will improve the stability of the overall server.

CloudLinux also has some other features, such as CageFS, which provides virtualised per-user file system that uniquely encapsulates each user, preventing users from seeing each other and viewing sensitive information, thus improving security. Some other features of CloudLinux include MySQL Governor, SecureLinks and PHP Selector.

SUSE Linux Enterprise server is a Linux-based operating system built by SUSE, specialised to deliver mission-critical IT services efficiently and cost effectively. Similar to CloudLinux, SUSE Linux Enterprise Server is not free, and you would need to purchase the license separately.

Dokku is a mini-Heroku powered by Docker and written in less than 100 lines of bash. Once it’s set up on your servelet, you can push Heroku-compatible applications to it via Git. This is suitable for developers who like to use Heroku as their PaaS (Platform as a Service), and this will provide your own, single-host version of Heroku running on your servelet. We are using Ubuntu 12.04.3 LTS operating system for the Dokku PaaS template.

To have the Dokku pre-installed on your Ubuntu servelet, please select “Ubuntu 12.04.3 (64-bit) + Dokku” from the list of OS templates when ordering your servelet. You would need to configure Dokku after the servelet is provisioned by following the instructions on our knowledge-base article here.

More information about Dokku can be found on their website here and on the author’s blog here.
Posted by Unknown at 7:00 PM No comments: 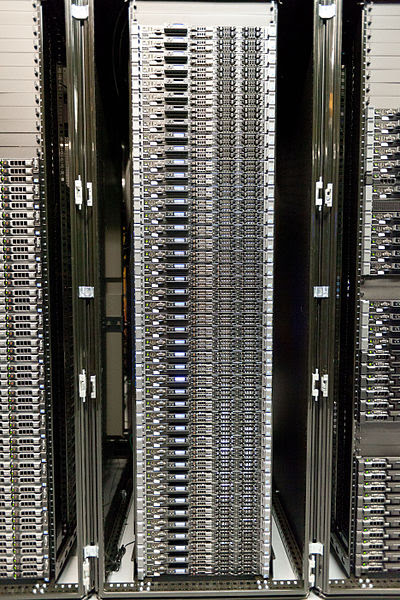 Wow, it has been quite some time since we updated this blog. Amongst the things that kept us busy are upgrading our CEPH storage capacity and unrolling a major upgrade to CloudStack 4.2.

But the biggest thing of all is an important new feature that we’ve worked very hard to bring out  – snapshot backups.

A snapshot backup is a way for high-availability systems to avoid downtime and still enable backup by performing the backup on a snapshot—a read-only copy of the data set frozen at a point in time—while allowing applications to continue writing to their data (definition partly taken from Wikipedia).


How do you make a snapshot backup?

To make a backup snapshot of either your root-disk or data-disk (or both), you can log in to our customer portal, choose Services > Simple Menu / Power Menu (depends on your servelet’s category). Click on the hostname of your servelet, then choose Storage > Disks. You will see the list of your disks (both your data-disk and root-disk). To make a snapshot of either the data-disk or the root-disk, click on “Create a new snapshot” next to the disk. There will be a prompt: “Are you sure you wish to create new backup?”, click “OK”.

The window will then show the snapshot area of the storage section, showing the list of your existing snapshots, including the one you are creating. If this is the first time you have created a snapshot, then you will only see the snapshot which you are creating, with the status “Pending.”

Snapshots will take some time, depending on the size of your disk. Once snapshot is completed, the status of the snapshot will change to “Built” instead of Pending.

How can you restore data from the snapshot backup?

You can find the above two information from your servelet control panel > Storage > Snapshots.

We will then convert the snapshot into a disk volume, and temporarily attach the disk volume into your existing servelet, so that you can copy the data over to your servelet. Once you have done with the copying, we will detach back the temporary volume.

At the moment, the process has to be done manually. However, we are looking into possibility of making this process automated for the convenience of all our customers.

More information about our snapshot backup feature can be found on our knowledge base articles at this URL:

http://my.simplercloud.com/index.php?/knowledgebase/category/29/snapshot-backup/
Posted by Unknown at 6:49 PM No comments:

SimplerCloud's New Feature: we now have free CloudFlare CDN on all Servelets

Yes, you heard right.  CloudFlare’s CDN (Content Delivery Network) services are now available for all customers in their Servelet control panel.  There are no installation fees, and with this new feature, you can create, enable and manage your CloudFlare CDN directly through your Servelet panel so that everything is conveniently centralized.

CloudFlare also has multiple CDN nodes all around the globe, and the nodes will keep a copy of your website’s cache. All your websites’ visitors will be redirected and served by the nearest CDN node, thus increasing the speed and reducing the users’ website load time.

Read more about CloudFlare on their web site

How does CloudFlare CDN work?

This allows CloudFlare to accelerate your website traffic, since all requests to your website will be routed through CloudFlare CDN network. CloudFlare’s advanced CDN technology will help to screen your website’s traffic from malicious visitors, cache static content of your website and optimise your web content.

What are the advantages of using CloudFlare CDN?

Some caveats and limitation of enabling CloudFlare CDN service for your website:
OK, I am very interested in trying the service.  How do I sign up?

How do I configure the CloudFlare CDN service?

To enable CloudFlare CDN service for a particular domain, just click the grey cloud next to the domain name. Once the service is activated, the cloud’s colour will change to orange.

What will happen to my domain once the CloudFlare CDN service is activated?

Your website (e.g. http://www.YOUR-DOMAIN) will be served by CloudFlare CDN service rather than by your servelet directly.

So, what are you waiting for? Host your domain names in our name servers and try the CloudFlare CDN services for your website, for free.
Posted by Unknown at 2:32 PM No comments: